Current market information, summary of the first half of the year: production, export

According to the September report published by the European Commission, apple production in the EU in the economic year 2021 amounted to approximately 11.9 million tons (which is a result 7.4% above the 5-year average).

The harvest of apples in Poland in the current economic year was initially estimated at 4.75 million tons, and now these estimates are close to 4.0 million tons. The final size of the harvest depends largely, among others, on the availability of staff for the harvest.

EU fresh apple exports are now projected to decline by 3% year on year due to rising energy and transport costs. 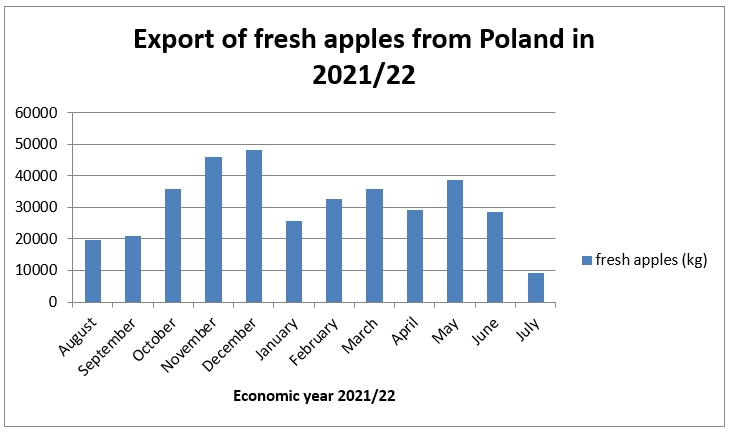 As for the average consumption of fresh apples in the EU, it is projected to decline in the 2022/23 season to 12 kg per capita (compared to 12.2 kg in 2021/22). This is mainly due to growing inflationary pressure.