The “Time for apples from Europe” program presented itself at the last trade fair event in the framework of its campaign in Cairo. The exceptionally well visited consumer fair Supermarket Expo, organized just before the beginning of the Islamic holy month of Ramadan, attracted over half a million Egyptians to the Cairo International Convention Centre from 24 April – 4 May 2019.

The Supermarket Expo is one of the most important trade fair events in Egypt, taking place under the auspices of the Egyptian President and the Minister of Provisions and Internal Trade. This year the fifth edition of the trade fair was held. At the Cairo International Convention Center over 150 large food companies took part, with the purpose of distribution of necessary foodstuffs for the celebration of the holy month of Ramadan.

The  modern and attractive appearance of the stand in a well-connected location decidedly  distinguished itself and drew the attention of fair visitors. A guest of the stand was the President of the Egyptian Chamber of Commerce, who found out about the program, its significance and activities. 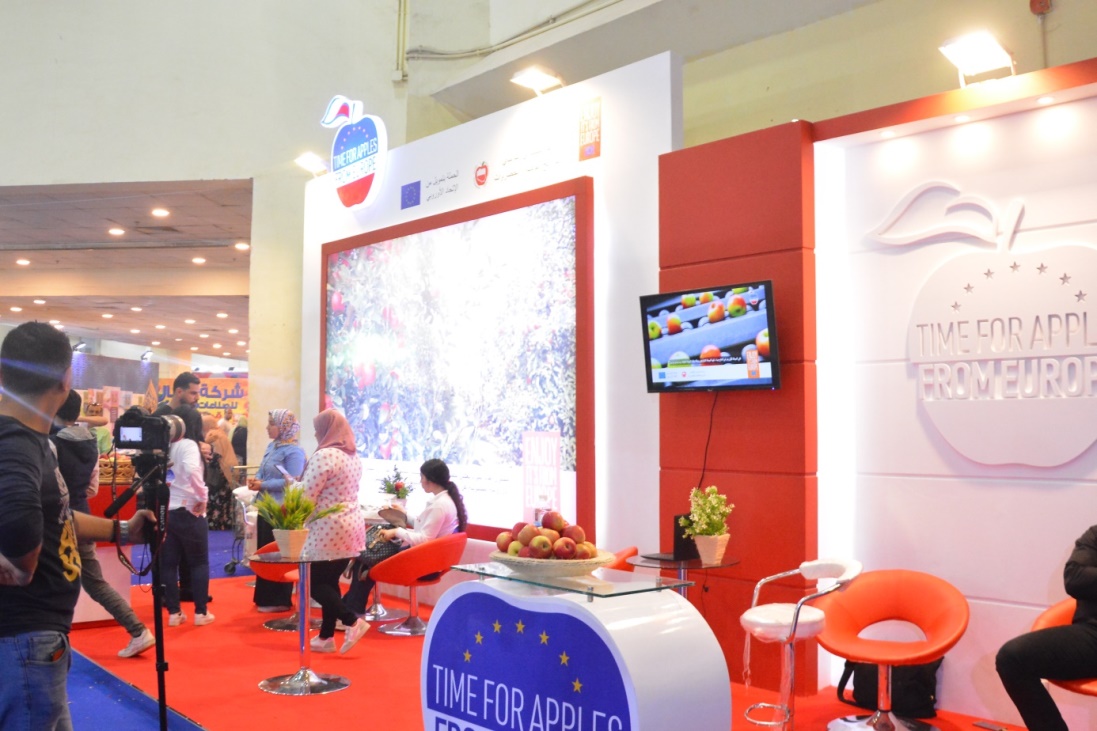 The campaign stand abounded in various types of attractions for visitors and guests. Degustation of European apples conducted by hostesses, distribution of informational materials and slicers was met with unusual enthusiasm by the Egyptians who visited our stand in large numbers. The most interesting element of the 4-day fair were the well-anticipated carving demonstrations conducted by popular Egyptian chefs, masters of this specialisation, including: Mohamed Hamed, Mohamed Ibrahim and Mohamed Mosa. The carving demonstrations were intended not only to make the campaign stand attractive, but also to allow fair visitors to get to know the art of carving in fruit (apples), presenting the benefits that result from newly-obtained skills and encouraging them to carve together, and so also to purchase apples. The chefs created masterpieces from the apples, and we hope that we have inspired Egyptians to test their skills in this area of art. 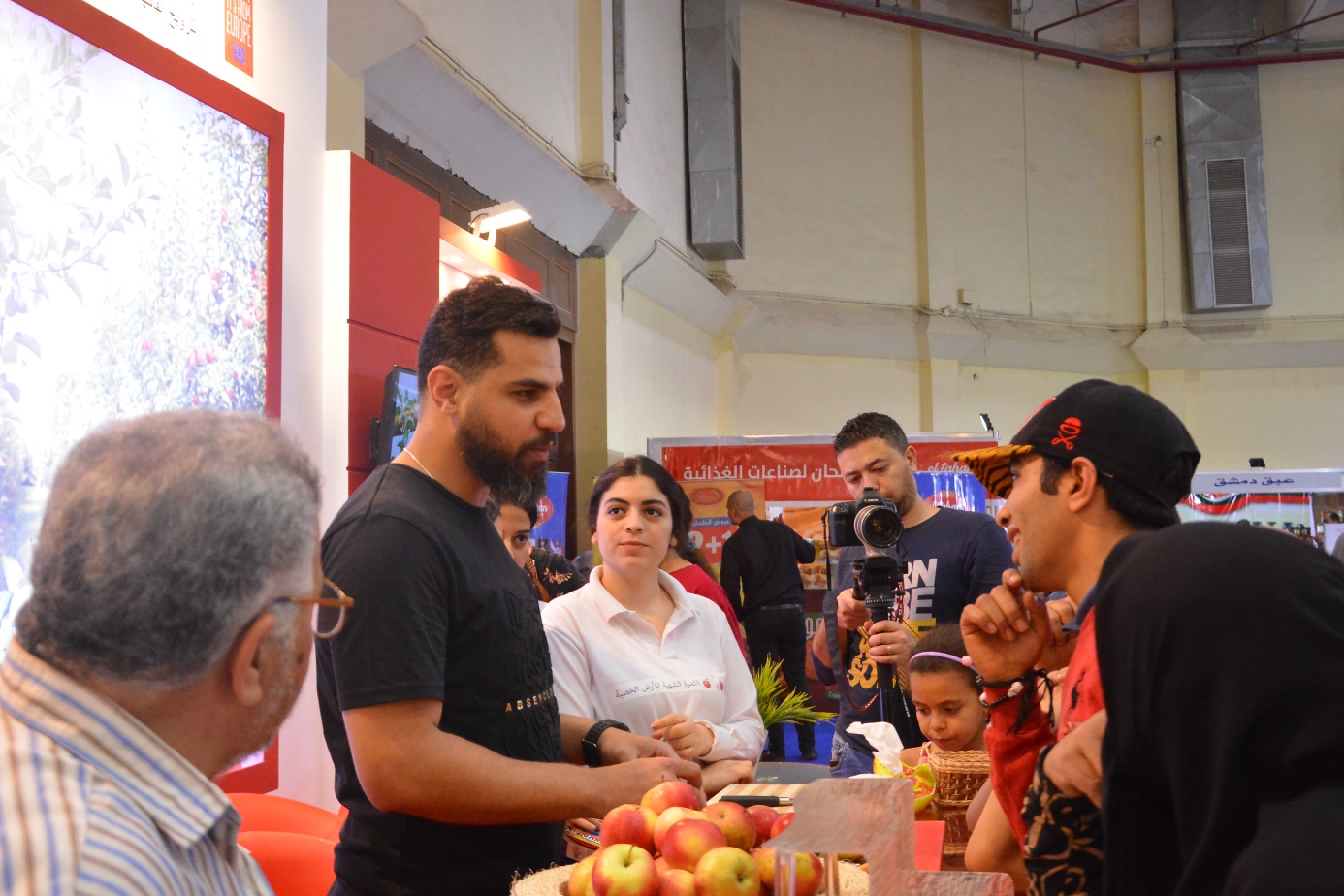 More information on the campaign may be found at the program’s official website: www.applesfromeurope.eu, as well as on the Facebook profile: https://www.facebook.com/applesfromeurope/. 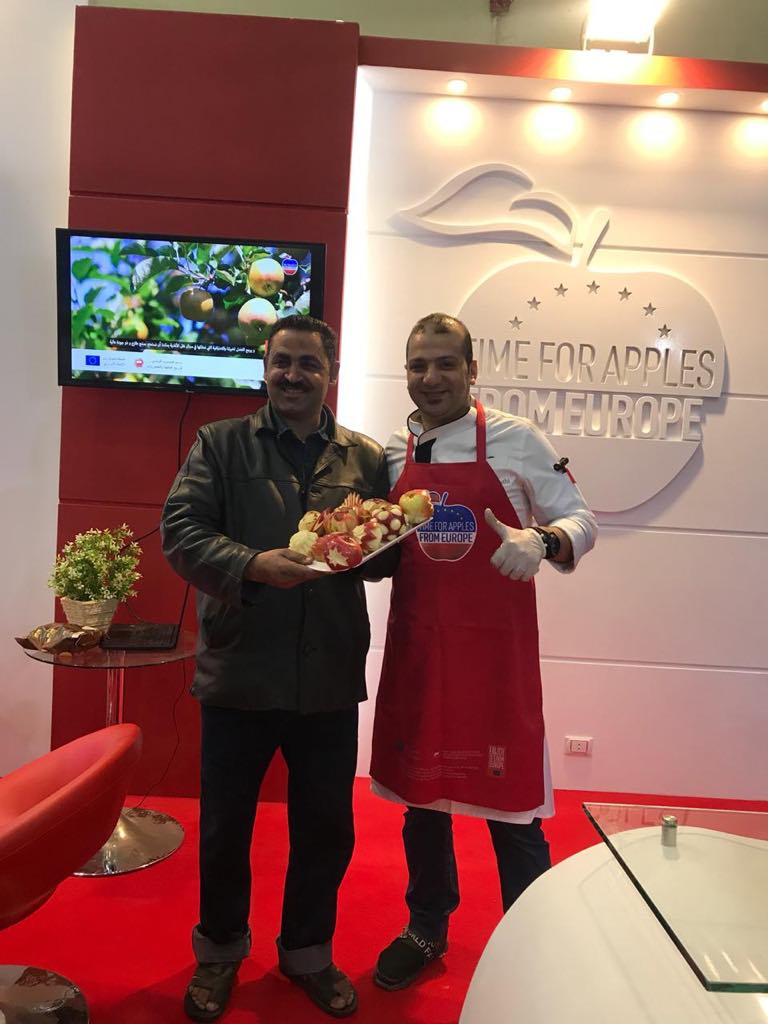