for children in orphanages and refugees.

The “Time for apples from Europe” campaign, conducted by the Union of Polish Fruit Growers and co-financed by the European Union, is honoured to inform you of an event which will initiate the charity action in Egypt in cooperation with a range of charitable organisations working for the benefit of orphans and refugees. The event will take place on Friday 10 May at 1.00 pm at Darb 1718, a leading cultural institution located in the heart of the capital, Cairo. 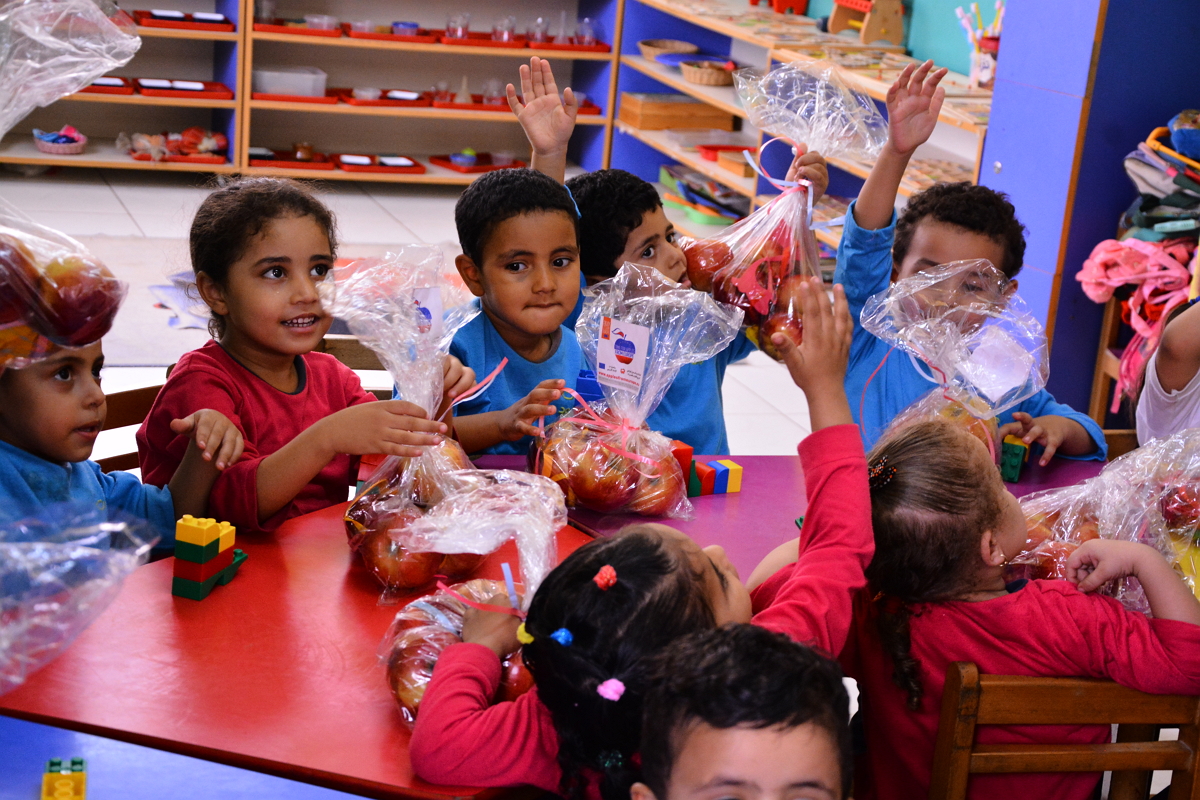 The campaign “Time for apples from Europy” is carrying out a broad charitable action in cooperation with selected organisations working for the benefit of orphans and socially marginalised children. These include “Youth Spirit (Rouh Al Shabab)”, a leading association that supports the community of one of the poorest areas of Cairo, known as the “village of rubbish” and “My Point”, a large association focussed on sustainable development, which offers opportunities for creative learning, strengthening the economic position of children and youth and enhancing the potential of refugee children (from Syria, Yemen, Libya). The activities of the charity campaign take in events increasing awareness and simultaneously entertaining children, including animation and a puppet program entitled “Sabr’s Dream”, whose purpose is to raise awareness of the importance of a healthy diet among children, including fruit consumption. The action also foresees the distribution of 15,000 apples and apple juice.

On 16 May at 9:30 pm in the Salon Vert room at Cairo Marriott Hotel, Zamalek, a press conference will be held with the participation of representatives of charitable associations and Egyptian journalists. The ambassador of the charity action will be Zeina, a well-known Egyptian actress and model, who will present the principles of the action itself, as well as the entire “Time for apples in Europe” campaign.

The charitable activities of the “Time for apples from Europe” campaign are being conducted for the second time, contributing to an increased role of the campaign in supporting poor and orphan children, as well as raising awareness among families on the subject of healthy nutrition for children. In carrying out charitable activities, the campaign “Time for apples from Europe” also contributes to the implementation of Sustainable Development Goals, including those related to health and education.